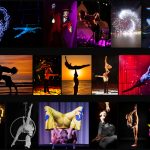 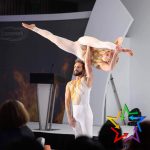 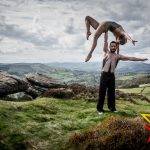 
Simon is an English multi-disciplinary acrobatic base, aerialist, fire & glow performer, juggler and stilt-walker with over 10 years performance and teaching experience, including the last 4 years performing on cruise ships. He is a qualified personal trainer, and in his spare time is also a trained photographer with 4 years experience in shooting stage shows, portraits and sports.

Between us they can offer a number of solo and duo acts. They are equity members, have PLI including excesses for fire (extended to £10million), aerial, acrobatics and teaching and have extended DBS checks renewed as of 2016. They also have over 10 years experience performing on overseas contracts, ships, corporate events and clubs. Elli is based near Birmingham in the UK, I have a base just outside London and in Oslo in Norway.